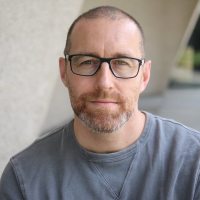 Thomas Rid was born in 1975 in Aach, Baden-Württemberg, Germany. He spent his childhood in a rural area near the Swiss-German border. In 1994 he graduated (Abitur) from the Nellenburg-Gymnasium in Stockach. From 1997 to 2002 he contemplated social and political theory (with Herfried Münkler) at the Humboldt University in Berlin, and for one year at the London School of Economics. From 2003 to 2005 he was a Fritz-Thyssen-Scholar with the Stiftung Wissenschaft und Politik (SWP), Germany's significant government-supported international strategy think tank, where he composed his thesis and first book. He got his Ph.D. from the Humboldt University of Berlin in 2006.

In 2006-2007 Rid was a postdoctoral fellow at the Institut français des relations internationales (IFRI), a Paris-based research organization devoted to global affairs. In 2007-2008 he was a postdoc at the RAND Corporation, at the Paul H. Nitze School of Advanced International Studies (SAIS) of Johns Hopkins University, and in 2009 an open arrangement researcher at the Woodrow Wilson International Center for Scholars. In 2009 and 2010 Rid was in Israel leading examination as a meeting researcher at the Hebrew University and at the Shalem Center in Jerusalem. From 2010 to 2011, he was a fellow at the Institute for Advanced Study at the University of Constance in Germany.

From 2011 to 2016 he explored and instructed at the Department of War Studies at King's College.  In 2016, he turned into an educator of vital investigations at the Paul H. Nitze School of Advanced International Studies (SAIS) of Johns Hopkins University.

In October 2011 the Journal of Strategic Studies, a main international relations magazine, distributed his provocatively titled article, "Cyber War Will Not Take Place". The content contended that all politically roused cyber-attacks are simply modern adaptations of treachery, surveillance, or disruption—yet not war. In a survey of his 2013 book with a similar title, The Economist considered Rid "one of Britain’s leading authorities on, and sceptics about, cyber-warfare”.

Rid’s work covers an expansive range of security issues. The latest book that he wrote, Cyber War Will Not Take Place (Oxford University Press/Hurst 2013), is a far-reaching examination of political cyber-attacks driven by occasions, specialized detail, and political hypothesis. “Attributing Cyber Attacks," is a significant research article on distinguishing trespassers. It will be published in the Journal of Strategic Studies in mid-2015. One of his most popular works “Deterrence Beyond the State” (Contemporary Security Policy 2012) initiated a new way of thinking on the deterrence debate by investigating Israel's involvement in non-state activists. Rid’s dissertation, War and Media Operations (Routledge 2007), investigated the history and justification of the Pentagon-based media program of March 2003. His articles were published in prominent English, French, and German scientific journals, magazines as well as newspapers.